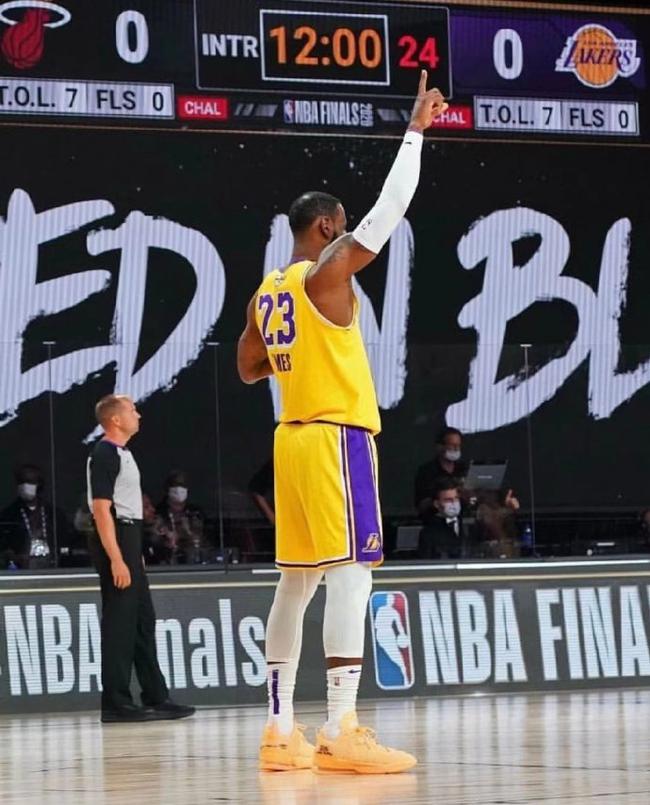 Beijing time on October 9th, the fifth game of the finals is about to start. The outside world is almost overwhelmingly optimistic about the Los Angeles Lakers. They have a 3-1 lead. They look very hopeful that after the game tomorrow, they will win team history as they wish. The 17th seat is also the fourth personal championship trophy for LeBron James.

Of course, the Miami Heat won't catch it all, but the point guard Dragic still has a high probability of not being able to play, making the Heat's already disadvantaged strength even more damaged. The Lakers seem to be full of confidence, applying for tomorrow's G5 to change to wear the black Mamba shirt, it is obvious that they want to win this rhythm.

The famous Charles Barkley even used the words "Anyone with a little basketball knowledge knows that the Lakers will win the championship tomorrow." Obviously, from all aspects, the Lakers are the better side tomorrow. And James, who has played in the finals for the tenth time, gave the Lakers such confidence.

According to statistics, James led the playoffs with a 3-1 lead for the 16th time in his career. He has won all the series 15 times before and has never been dragged into the tie-break. Three of them were dragged to Game 6, and the remaining 12 were promoted in five games, including the elimination of the Trail Blazers, Rockets and Nuggets in the first three rounds of the season.

That is to say, from the perspective of James' personal "big data", 15 times were 3-1 leads, 12 of which were wins in the fifth game and ended the series, with a probability as high as 80%. In this way, the Lakers will win the championship tomorrow 80%.