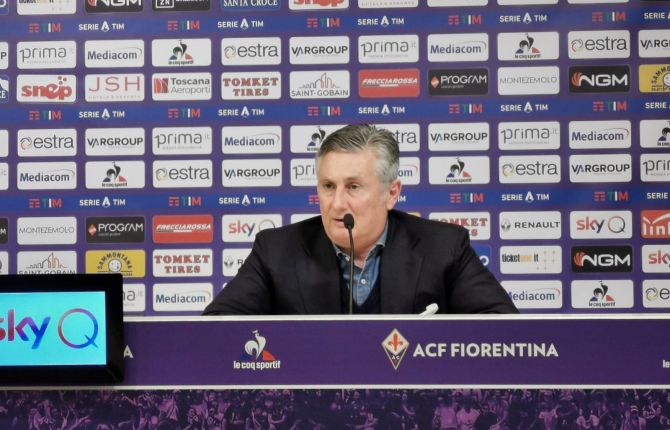 Praders press conference and some of the contents of the transfer market:

We have three excellent centers. If Kwame sells to the Premier League, he can exchange a lot of money. Vlahović also has many big clubs inquiring about. Kutrone also has an offer. I can choose to release people, but there were not many substitutes in the market at the time, especially considering that Kwame and Vlahović both scored recently.

The attitude of the players has always been very clear.

DePaul is not currently our target. Callejon is not a spare tire. Many people underestimate him. They have a lot of offers but finally chose Florence. I am very happy that he can replace Chiesa. I can tell you that even if Chiesa does not leave, we will sign Calejón.

Chiesa’s transfer is not complicated. It was delayed to the last moment because there were too many details that were not dealt with. It took us a long time to determine the final payment method, but I think we made a successful transaction. This incident turned into a soap opera, and we are happy to finally resolve this burden. I have talked to the Comiso family many times. The decision to sell him was correct. The team gave him a lot of love, but he was not able to stay. From a emotional point of view, we used to expect a lot of him. High, it's a pity that I couldn't continue together in the end.

Are you trying to renew Chiesa? Of course, even in the last few days we want to renew the contract with him, even if there is only a 5% chance, we also want to try to get him to stay, and we never sell him for economic reasons.

The armband incident? now think of it,

I communicate with Yacini every day. I think the team's midfield is the strongest. If we want to play three midfields, we need to delay the organization.

We wanted him last year, but he was worth a lot higher than it is now. Negotiations with South American teams have never been easy, and there will be many contract conflicts. Players are willing to come to Florence, which also promotes the negotiation. Quarda is very comprehensive, three-back and four-back system can be competent, we think he will do a lot here.

This is not something we can decide.

If the transfer fee is high enough, they can indeed leave. Milenkovic will try to renew his contract first. If the renewal is not negotiated, it may be sold.

I think the lineup is competitive enough and there is no need to add anyone, but we will be prepared, because last year’s experience told us that anything can happen in the transfer market.

I am very happy to work for Florence. I have always been accustomed to contract once a year. I hope that when the new stadium is completed, I will be the sports director of Florence. I believe that having a new stadium will bring the team to a new level.