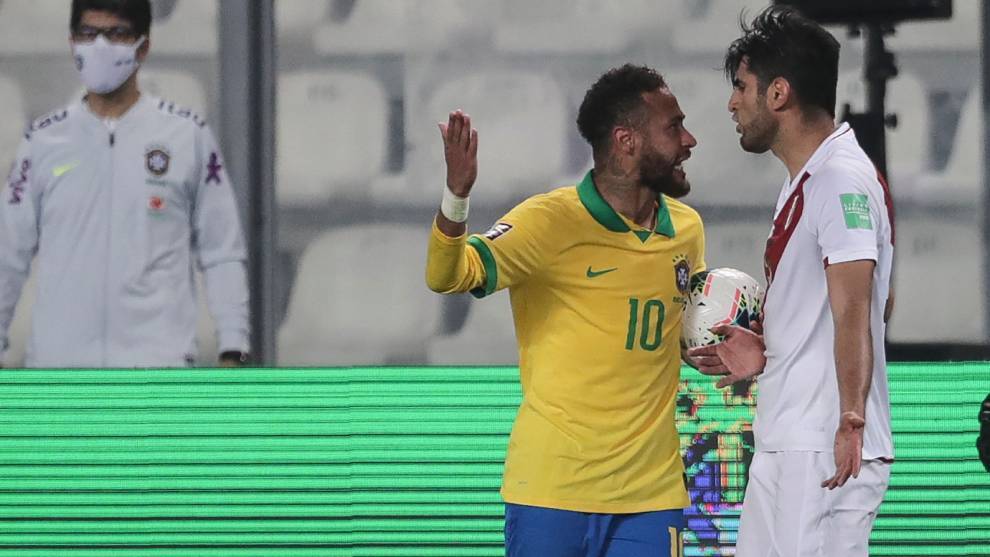 In the second round of this week's mid-world preliminaries, Brazil reversed Peru 4-2 away. Peru got two red cards, Neymar performed a hat-trick, and the first two goals were penalty kicks. In an interview with the TV station, Peruvian international Zambrano lashed out at Neymar, who despised Brazil No. 10 as a "clown."

"To be honest, Neymar is a great player, he is one of the best in the world. But in my eyes, he is a clown. He knows exactly what he wants to do, he is always looking for the smallest physical contact." Zambrano Said, "Neymar flopped four or five times in the penalty area just to get a penalty. In the end, he got his wish and he got two penalty kicks, which did not exist at all."

Zambrano said that he did not intentionally elbow Richardson when he dyed red: "At that time, we were one less player on the court and we were very passive. I didn't mean it, I just wanted to occupy the position, and the opponent happened to be in the same position as me. In one position. Unfortunately, I hit him in the face, and I apologized. This was an unintentional foul. I have a peaceful mind and I know what happened."

Corner flag Valbuena also talked about Neymar today: “Brazil has too many superstars, too many legendary superstars. What Neymar lacks is the heavyweight championship trophy. He seems to have only won it once in Barcelona. The Champions League. We can look at the Champions League knockouts last season. Everyone had high hopes for him, but his performance was not outstanding, especially in the finals. He is still several light years away from Pele and Ronaldo. He performed in Ligue 1 Great, but people have higher expectations of him. If he wants to get close to the legendary superstar, he needs to perform consistently in important games."