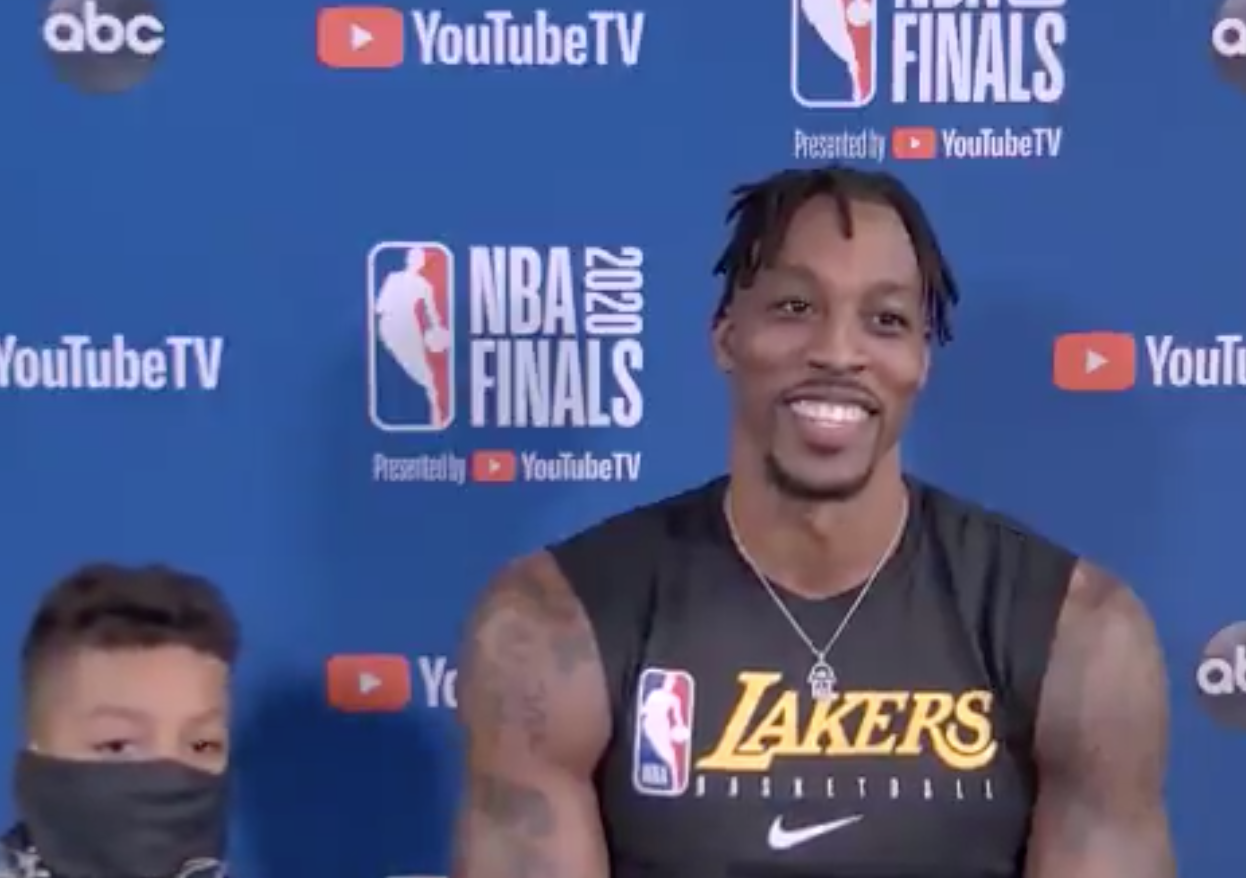 "I'm very happy that he can come to the park to accompany me to play," Howard said in an interview. "His presence gave me extra motivation, and I hope I can continue to set him a good example."

"Wake up early in the morning, go to the gym with him, teach him how to play and how to read the game. Just spend more time with him. Being with him during the isolation game will let him know that his dad is always by his side. Even his dad is fighting for a championship trophy at the same time." Howard added.

It is worth mentioning that Howard's son suddenly appeared on the camera during the interview, which caused the audience to laugh.