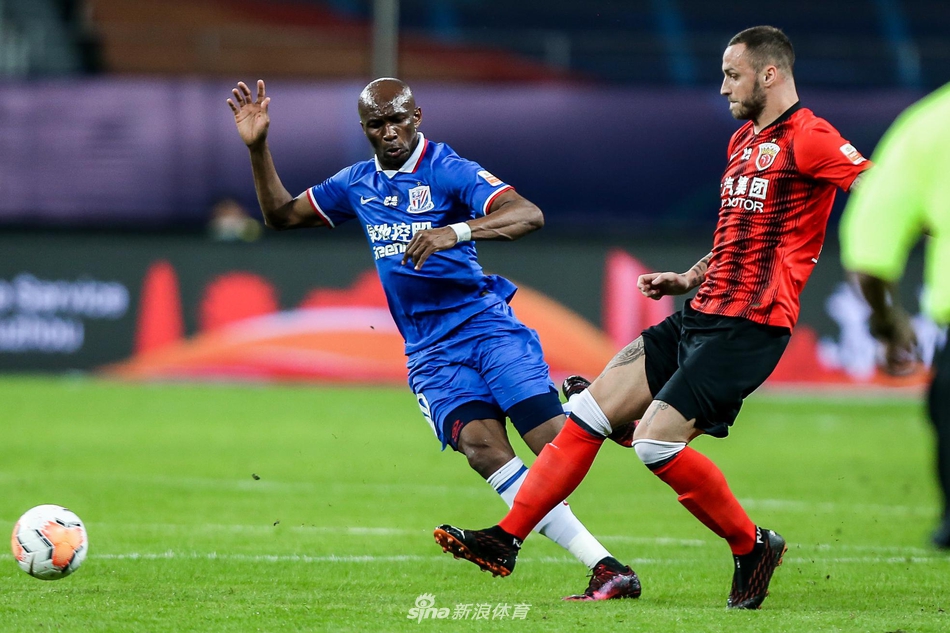 If you don’t count the full bench in the last game of the first stage of the Super League, the Shanghai Derby on the evening of the 18th was the first game in which Shanghai SIPG did not score a goal this season. At the same time, it completed the eighth match of the city's opponent Shanghai Greenland Shenhua this season, and Shenhua's data is also the best in the entire Super League this year.

Although in this game, SIPG still showed an advantage in overall strength. Shenhua has few offensive opportunities, but the final victory still depends on scoring. The SIPG team, which is ambition to compete for the title, wants to advance as they wish in the second round of the Derby on Friday night. Certain changes are definitely needed to break through Shenhua's dense defensive tactics.

How to convert scoring opportunities into goals, SIPG coach Pereira on the sidelines must be the most anxious. Even though Shenhua used all means to defend, SIPG was still able to get a good opportunity to score in such a fierce confrontation. Unfortunately, Wang Shenchao and Fu Huan did not grasp it.

From the data point of view, the same is true. Shenhua only took 3 shots in the game, and none of them were within the goal range. SIPG’s 17 shots in the game were close to 6 times that of their opponents, but only 4 shots were taken, which was too inefficient.

"We played a good game, created a lot of opportunities, did a good job of pressing against the opponent, and showed a high level for most of the game, but the only regret was that we missed the opportunity to score." As Pereira said after the game, this is what SIPG needs to improve in the second round.

As the opponent's overall attack power is not too strong, if SIPG can do a better job in seizing opportunities, it is still very hopeful that the two teams will take the lead in the second round of the contest.

Of course, seizing the opportunity is easier said than done. Especially the mentality has a great influence. When the opportunity really comes, you need to be calm enough instead of impatient.

Derby is a game that cannot be missed, and it is also related to whether it can enter the top four in this season. As the superior party, the Shanghai SIPG team must have greater psychological pressure than the unburdened Shenhua. Therefore, in the face of Shenhua's intensive defense, SIPG players need to be more confident and calm, and believe that the team has enough strength to defeat the opponent. Be patient and don't be afraid of being dragged into overtime or even the final penalty kick.

In the case that 5 people can be replaced in each game, the team's physical fitness is no longer a big problem, which is more beneficial to the strong team. Even if it really wants to decide the fate of promotion through a penalty kick, SIPG should have enough confidence.

Wing attack is the main offensive method of SIPG team, especially like the bottom pass and outflank the middle. But the regular pass is not a big threat to excellent central defenders like Mbia and former international Feng Xiaoting. In addition, in many cases, the number of SIPG players in the Shenhua penalty area is not enough, and the opponent can calmly judge to clear the siege.

If SIPG insists on such a tactic, it must consciously avoid the high point of Mbia when passing. In terms of the team's closest chance to score, Mu Yi's cross was Wang Shenchao, who was looking for the back point, and Mbia was defending at the front point. In addition, players must be added to grab points in the penalty area. It was also Wang Shenchao's scoring opportunity. When Mu Yi made the pass, SIPG teammates Anautovic, Lu Wenjun and Wang Shenchao were responding, which immediately distracted the opponent's attention.

In addition, SIPG also needs to strengthen its control of the second spot in the frontcourt. Li Shenglong has a good chance to score from Oscar's two penalty kicks in the penalty area and directly launch a second attack.

Avoiding Shenhua’s high-altitude ball advantage in the penalty area, playing more ground coordination is also an option for the SIPG team. If you can dribble the ball and break into the penalty area, the opposing defender will not dare to do too many additional moves. SIPG can make more fuss about the gap between the opponent's full-back and central defender. The Hong Kong team didn't play much in the first round of this kind of offensive routine, but the effect was actually good. For example, if Hulk's left rib penetrated into the penalty area, Li Shenglong finished the shot, and Fu Huan made a shot that was high.

Shanghai SIPG and Shanghai Greenland Shenhua, who can advance to the top four of this season's Super League, will see it this Friday night.