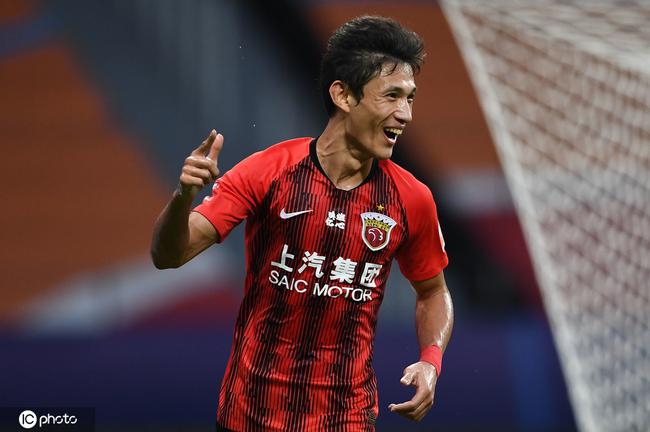 14 games with 10 wins, 2 draws and 2 losses with 32 points. Shanghai SIPG finished the first stage of this season with the first place in Group B. It can be said that the team successfully completed the pre-match set goals in a fully enclosed environment for more than two months.

In this special season, under such a special format, for the target champion SIPG, the first stage is actually more like a warm-up series for the second-stage championship group.

When it comes to SIPG, it will definitely mention the high-level foreign aid of this team.

Indeed, through the entire first stage of the game, Oscar once again proved that he is the irreplaceable core of the offensive organization of this team. What is even more surprising is that Anautović, who has a correct attitude and hard work, has become the protagonist of the team's attack line. Seven goals ranked first in the team, which is the best proof.

As for the captain Hulk, he is the only player in Suzhou who suffered an injury and missed multiple games, but after returning from injury, his condition is getting better and better.

The important thing to mention is the two new foreign aids Lopez and Mu Yi introduced by SIPG this season. After Lopez scored twice in the first two rounds, he never scored again and missed many good opportunities in the game. But the real problem with Lopez is that he is more and more like Hulk, who is active on the right, to force a breakthrough with the ball, not the first time he chooses to cooperate with his teammates. Although his skills are good, he has not succeeded many times, but it has dragged down the team's offense, especially when it comes to quick counterattacks. Regarding the use of Lopez, SIPG should still "clone" Wu Lei, using his speed and sudden advance to attack the opponent's back.

Although Mu Yi arrived in the middle of the team, he has already shown the standard of the Premier League team's midfield core. Head coach Pereira has also asked him to play more games in recent rounds and improve his physical fitness in order to adjust his physical condition as soon as possible. After the team regrouped during the eleventh period, there are still two weeks away from the first game of the championship group. Mu Yi needs to get familiar with the team's tactics and form a tacit understanding with his teammates as soon as possible.

Judging from the team data in the first stage of the Super League, SIPG and Shandong Luneng became the team with the least conceded with 11 goals. It is worth mentioning that of the 16 teams in the Super League, only three teams do not have foreign central defenders, and SIPG is one of them (the other two are Henan Jianye and Chongqing Modern).

In addition to having the first goalkeeper Yan Junling of the national team, the performance of the local players in the backcourt of SIPG is commendable. Especially Wang Shenchao, who played from the right wing back and the right back to the left back last, can be called the first full back of the Super League with his performance this season. While defensively, he not only contributed two assists in the offense, but was also able to implement the coach's tactical intentions, resolutely pressed into the opponent’s penalty area to grab points, and scored 3 goals. He is the defender with the most goals in the Super League this season. .

Fu Huan, who has re-entered the main lineup, is also getting better at the right back position. In the data of "interception" in the Super League, he ranks 7th. U23 player Wei Zhen has also grown rapidly and has the momentum to stabilize the starting central defender. When coach Pereira is arranging troops, he does not need to consider the U23 player quota issue on the attack line.

The domestic aid Mai Tijiang introduced in the new season and Yang Shiyuan, who has recovered from a serious injury, has greatly increased the depth of the SIPG midfielder's bench, allowing the team to rotate calmly in such a dense schedule to ensure the strength of the team.

The first stage of the Chinese Super League once again proved that Pereira's 532 formation that he wanted to promote at the beginning of the season was not successful.

532 or 352 formation requires extremely capable wing guards. Obviously there are not many suitable candidates in the SIPG team. The only person who can take on this task is probably Wang Shenchao.

In the first half of the first round of the match against Beijing Guoan, the SIPG team with a 532 formation was completely penetrated by the opponent. Pereira could only quickly change the formation back to 433. It was precisely because of this change that the team finally reversed and won. In the next 8 rounds, the 433 formation was the first choice of SIPG.

With Hulk returning from injury, Mu Yi joined, and U23 player Wei Zhen began to play the main force in the double central defender system, the 433 formation should be the main formation of the SIPG team in the championship group stage.