At this moment, are you also struggling in this long ball shortage? On April 12th, fans from all over the world clicked into a live broadcast room of a certain video platform. Here was the season's Taiwan Enterprise A's opening match of Beishi Datong vs Gaoshi Taidian. Coincidentally, the author happened to be one of the members who clicked into the live broadcast room. 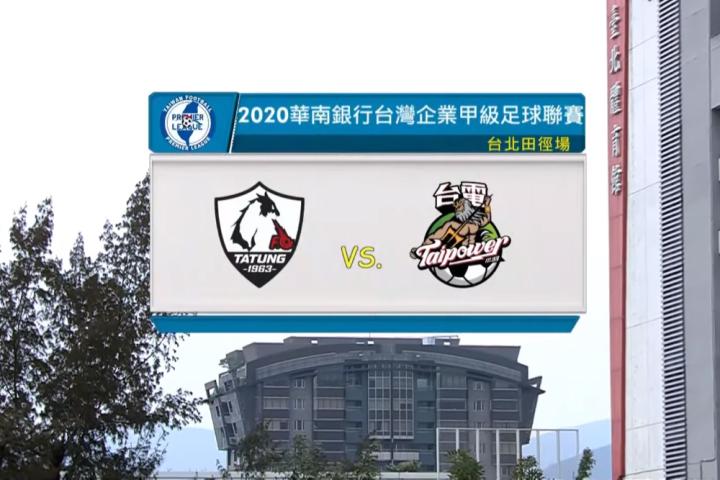 Since there are not many football matches currently being played in the world, many media have reported on the opening match of the highest-level football match in Taiwan before the match, and the live broadcast of this match is quite well received. High-definition, free, genuine, plus Chinese commentary. Of course, the commentary part may not make much sense for most of the fans watching the game. The live chat rooms in the live broadcast room are mostly in English, Korean, Japanese, and some unreadable texts. Relatively speaking, Chinese characters have become a minority

The opponents in this opener seem to have a good background. Beishi Datong has won the league championship in the past three consecutive seasons, and Gaoshi Taipower has achieved the "three consecutive Asian" achievements in the past three seasons. You know, Taiwanese Enterprise A has just held three sessions. The strength of the two teams in local football can be imagined. Therefore, the matchup between them has always been the most watched football event on the island, and the two teams The team respectively represents the two central cities in the north and south, which can be called "Treasure Island Derby" [Note].

According to data from the live broadcast channel, Taiwan Enterprise A’s past ratings were created by the "Treasure Island Derby". In the final game of last season, Beishi Datong defeated Gaoshi Taipower 2-0 in the away game, and won the championship by 3 points in the standings. At that time, more than 5,600 fans watched the game through the Internet. However, this record has now passed. The number of viewers for the opening game exceeded 14,000, which more than doubled the original record. In this game, Beishi Datong, who played at home, took the lead in establishing a lead with Ivory Coast foreign aid An Yin's penalty kick in the first half of stoppage time. Easy side battle again, Chen Zhaoan, who had played for Hunan Xiangtao for many years, equalized the score for Gaoshi Taipower in the 64th minute. Since then, the two teams have scored a goal each. The climax of the game occurred in the 91st minute. After intercepting the opponent's cross, the defensive player of Beijing Datong struggled to save the ball from the baseline because he was unwilling to send a corner kick. However, the ball was kicked to the opponent's foot due to a small miss. After the city Taiwan Power player got the ball, he made an inverted triangle pass, and No. 23 Li Xiangwei scored the goal. This is Gaoshi Taipower since the second round of the 2018 season duel

Sorry... The report above was written later based on the highlights of the game. This is not because the author didn't watch the game seriously, but I was not hardcore enough as a fan. After only 8 minutes of watching, I chose to continue to struggle in the ball shortage.

Looking back, this kind of game is actually quite dramatic. 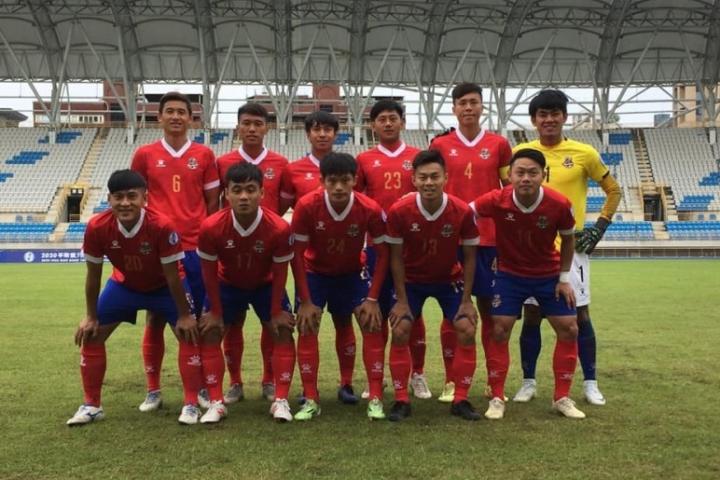 Although the operating model of the Gaoshi Taidian team is not advanced, it is what Taiwanese company A urgently needs. According to reports, the reason why the league has such a name is to attract more companies to join. Currently, Taiwan Enterprise A has a total of 8 teams, 3 of which are essentially university teams, and the Royal Blue, which was relegated in the 2018 season, is a team composed of a group of foreign office workers. I believe you can also meet on the field.

Due to the need for a team like Royal Blue to make up the number, Taiwan Enterprise A has no foreign aid restrictions in the past, and only this season began to implement the 4+1 foreign aid rule. 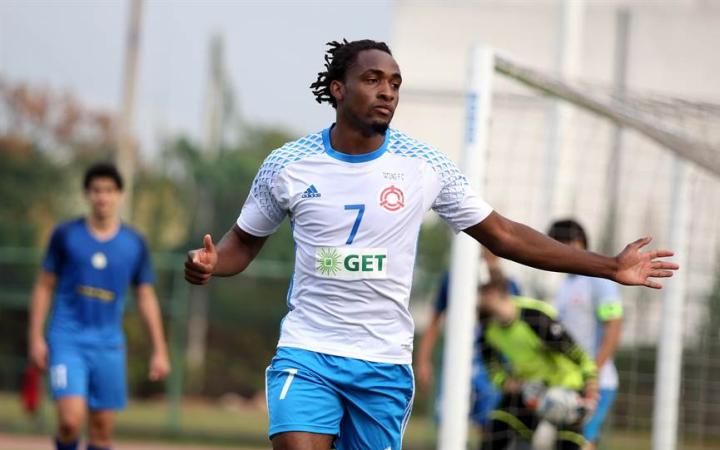 I mentioned earlier that the Royal Blue team suffered a relegation in the 2018 season, but what is interesting is that Taiwanese Enterprise A currently does not have a secondary league. The bottom two teams each season will compete with the teams that have signed up for the new season. The two winning teams will be eligible to participate in Taiwanese Enterprise A. If the team loses like Royal Blue, then Can only return to the field.

It has to be said that the Football Association of Baodao is also very fascinated. It is said that they rejected the proposal of "Taiwan Enterprise B" and insisted on giving such a slurred name to the secondary league. But in any case, here is a piece of advice, the inverted pyramid structure of the league system is not desirable.

[Not a family, do not enter a family]

I would like to thank several treasure island fans who provided information for this article. In the exchange, I found that fans on both sides of the strait have something in common, that is, they all like to scold the Football Association. I think this may be inherited from our ancestors. Gao Qi's reputation was not very good 900 years ago.

Fan Zhiyi's "National Football Bible" must be able to be recited in full by many people. After all, they belong to the category of Chinese football. General Fan's words are also applicable to football on the other side. I think the team on the other side also won the Asian Games twice, but since the Hong Kong players withdrew, they have long been in recent decades. No longer the opponents of Thailand and Vietnam, now they are almost defeated by Myanmar (Warring record: 2 draws and 2 draws). 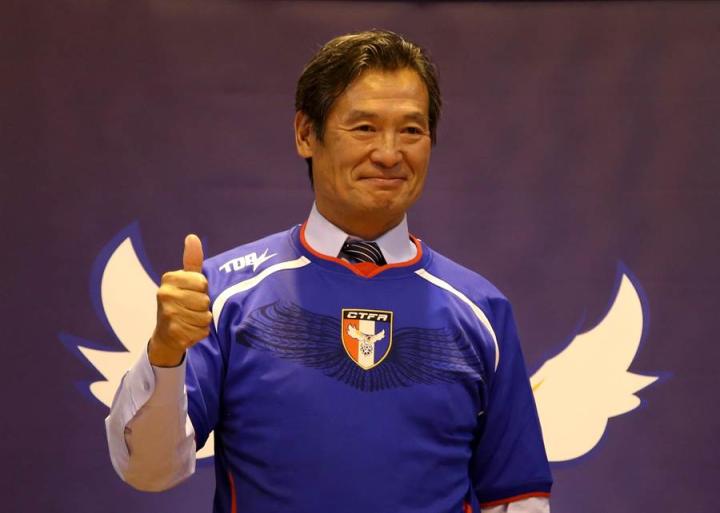 Qiu Yiren is not a member of the Football Association, so in accordance with Article 8 of the Football Association's Constitution, "Members have the right to be elected", he should not be a candidate. But Qiu Yiren moved out of Article 32 of the Articles of Association, "Candidates must be nominated by at least one member representative", saying that as long as a member nominates him, he can be a candidate. This statement is somewhat irrational, but under the support of a group of high-ranking officials, and removal After becoming the head of the sports department of the authorities, Qiu Yiren eventually became the only candidate. 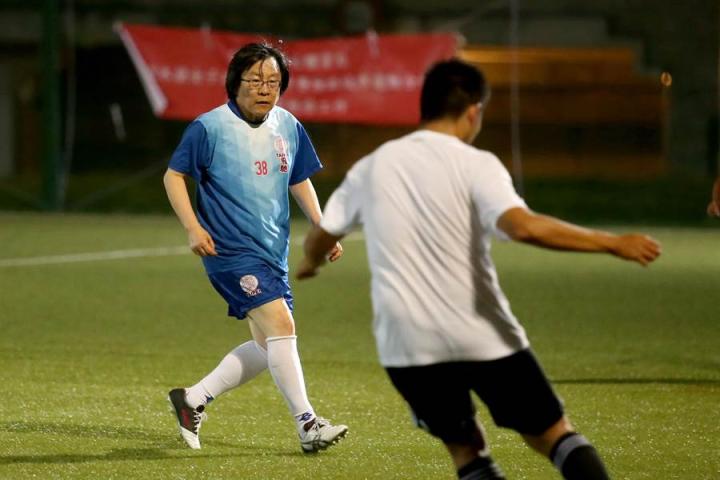 There was a total of seven months before and after this reelection, during which both parties sued FIFA for the suspension of their football associations. However, although FIFA did intervene in the investigation and issued multiple warnings, it did not really punished them. . It can be seen that FIFA and Ximu are also unique, and they also confirmed Qiu Yiren's candidacy.

Who is Qiu Yiren? He is the leader of the largest faction in the Democratic Progressive Party. He has been involved in many corruption cases, but all of them have retired. He is called by the Korean authorities as the real power holder on the island. Why does such a person have to spend so much effort to become the chairman of the Football Association? In this regard, many media on the island can't figure it out. Football has no influence on the island, and there is no market. You must know that the championship prize of Taiwanese Enterprise A last season was only NT$700,000. Maybe, it just so happens that people like football. By the way, there is another coincidence. At the same time, the Taiwan authorities announced a huge amount of football infrastructure plans... 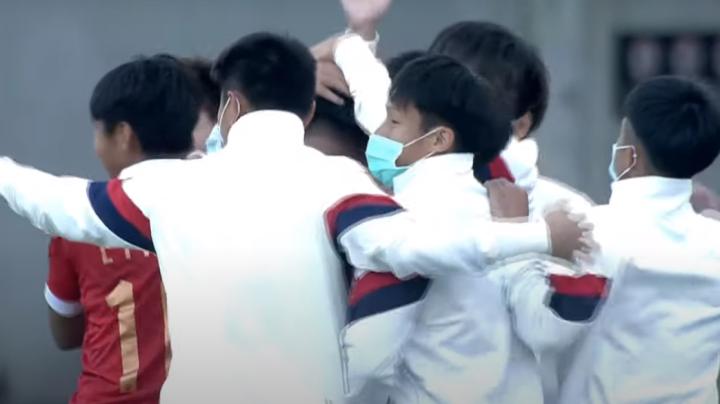 Going back to the game at the beginning, the number of viewers of 14,000 is certainly not too much. Most of the games in the Super League are more than this, but this is very unimaginable for local fans. In comparison, the fans on our side are much lucky, at least football is more concerned in the mainland, and there are large companies willing to invest huge amounts of money. However, both sides of the strait are also facing the problem of insufficient football participants. I hope that after the epidemic, more fans on both sides of the strait will be willing to put on their shoes and enter the football field.