Hello, everyone, here is the Spring and Autumn Period, I mainly write about Mönchengladbach’s complaints, analysis, and other information sharing. Of course, I will also write articles about other German teams or other team players. These are based on my personal preferences. So what I bring to you today is the season preview of the traditional Bundesliga giants, Monchengladbach. 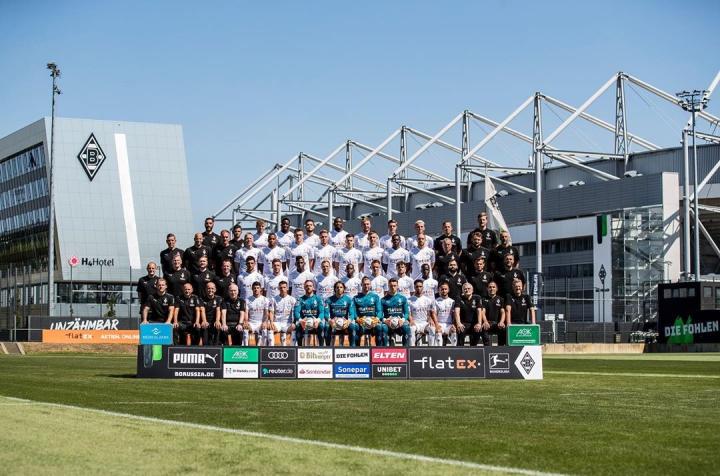 The 19/20 season is undoubtedly a successful season for the Colts. In the league, the Colts scored the first three in the half and the fourth in the whole process. They also successfully won the qualification to represent the Bundesliga in the Champions League. In the European competition, the Colts were placed in Group J with Istanbul, Roma and Wolfsberg in the Europa League. But the team chose to abandon the Europa League tactically and focus on the domestic league (at the time the Colts had the possibility of breaking Bayern's monopoly on the championship). Therefore, Borussia was only ranked third in the group, missed the chance to qualify and was eliminated early. In the domestic cup match, the Colts met the nemesis Dortmund in the second round. In general, the 19/20 season is a good season for the team and the fans. Although Rose's team stumbled on the road to the championship, the outcome of entering the Champions League group stage was not satisfactory.

After having survived the "cold winter" brought about by the epidemic, the Colts also came to the 20/21 season while retaining the main frame of last season. Borussia is not a club with strong capital. Under this shadowed transfer window, the Colts have not made too many reinforcements. The first team only uses loan from the international Milan imported Lazaro and Wolff from Leipzig Red Bull. In general, the lineup and the depth of the bench have been strengthened to a certain extent. It is worth mentioning that these two players have experience working with the head coach Marco Rose at the Red Bull Salzburg. 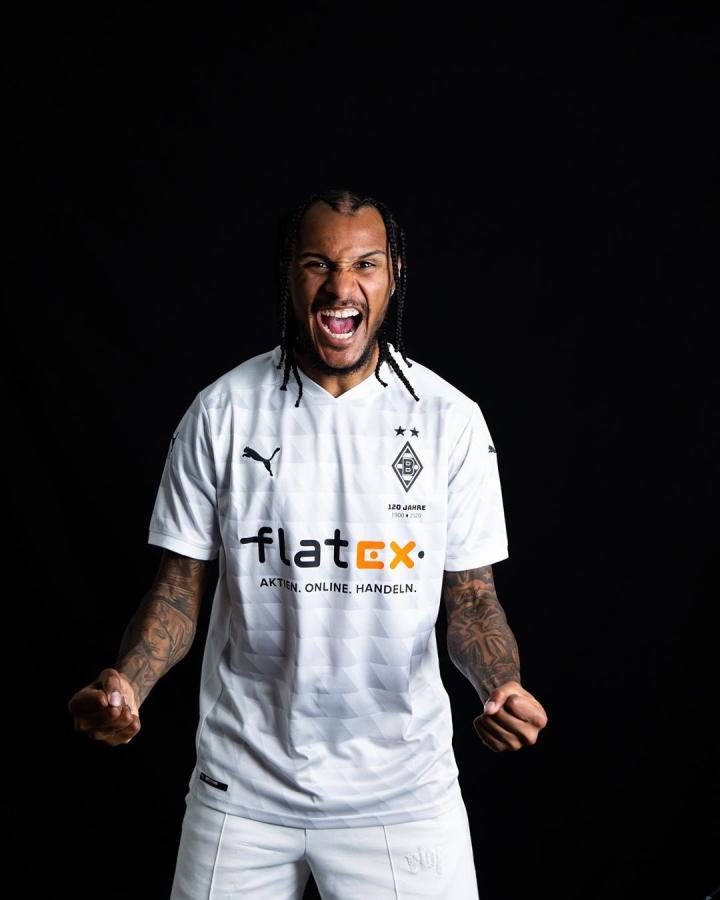 As an Austrian, Lazaro came from the famous player farm in Austria, the Salzburg Red Bull team. After entering the Red Bull first team in the 12/13 season, he played 121 games, scored 15 goals and sent 23 assists. He was then admitted to the team by Hertha Berlin. After completing 65 appearances in Berlin, Inter Milan took him to the Meazza Stadium with 22.4 million euros. But Lazaro's Inter Milan career was not smooth. In the winter of the 19/20 season, he was rented to Newcastle in the Premier League and played 15 times for the Magpies and scored 2 goals. In order to get more playing opportunities, Lazaro also chose to come to the Prussian Park Stadium by loan.

As a winger, he is capable of almost any position on the right. From this point of view, the most suitable position for him should be the right wingback. After all, his defensive attributes pales in comparison to his offensive attributes. For Rose, his three-back formation can become more aggressive with Lazzaro, and the team's right back Lena also has a reliable substitute and rotation.

I also hope that Lazzaro will recover from his injury as soon as possible. So far, he has already conducted simple training on the training ground. Lazaro's performance is still worthy of everyone's expectations, and the players have previously played in the Bundesliga, adapting to the rhythm of the league is not a problem. 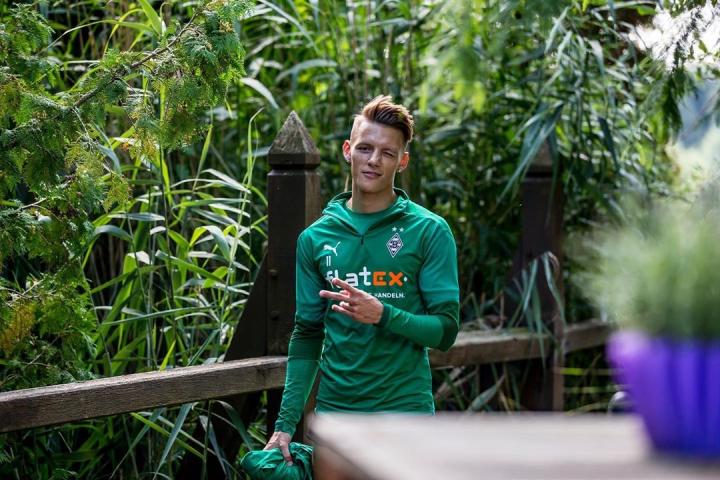 Another Austrian, this should be the second Austrian player in the first team. Like Lazaro, the Cubs also came from the Salzburg youth training. In the 15/16 season he was loaned to the Levlin team, and in the 19/20 season he came to the Red Bull Football Group with a transfer fee of 12 million euros. Big brother, Leipzig Red Bull. He didn't get many chances in the Red Bull team, so far he has only five appearances. In this transfer window, Wolff came to Borussia from Leipzig, wearing the No. 11 jersey left by team legend Raphael, also enough to prove Marco Rose's expectation of him.

The coyote is best at the role of an attacking midfielder. The most suitable position is in the middle. In addition, he can also pull the side and play his offensive attributes on the side. But as far as the first two rounds of the league are concerned, we can hardly see the shadow of this offensive player in terms of offense. The few times he took the ball also lost the ball due to insufficient handling and errors. It can be seen that he has not experienced the five major leagues, he is still a little nervous, and he is completely out of shape.

After Wolf came to the team, he understood that he wanted to stay with the team for a long time. His arrival will undoubtedly increase the thickness of the team's offensive team. However, the team has many good offensive players in the frontcourt, such as Thuram Jr., Embolo, Praia, Herman, veteran Traore, captain Styndell, Hoffman from the winger, and even the second team. Bennetz and Villalba are Wolf's competitors. It is also hoped that the little wolf can get back to the state as soon as possible under the leadership of the familiar coach Rose, and prove that he has the strength to occupy a place in the Prussian Park. 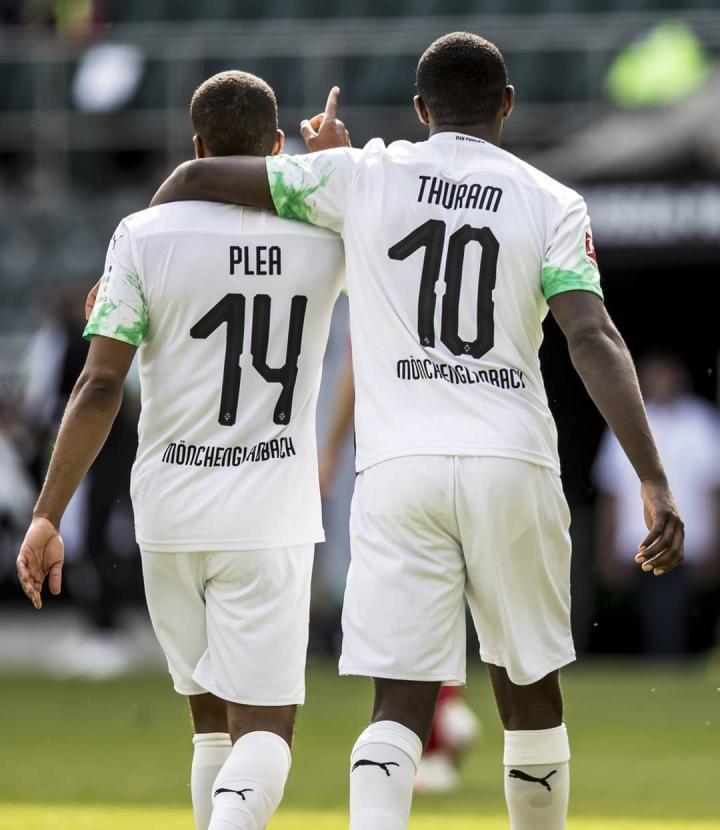 Praia came to the team a year earlier than Jr. Thuram. In the first season he came to the team, he became the main force of the team. He scored 15 goals and sent 4 assists, becoming an important part of Borussia. The offensive terminator. And last season, after Praia and the newcomer Thuram also formed the team's "black wind and double evil", the two scored double figures and became the team's entry into the Champions League The absolute hero. The normal performance of the two of them in the new season, coupled with the healthy Embolo and team legend Herman, is bound to set off storm after attack in the Bundesliga. 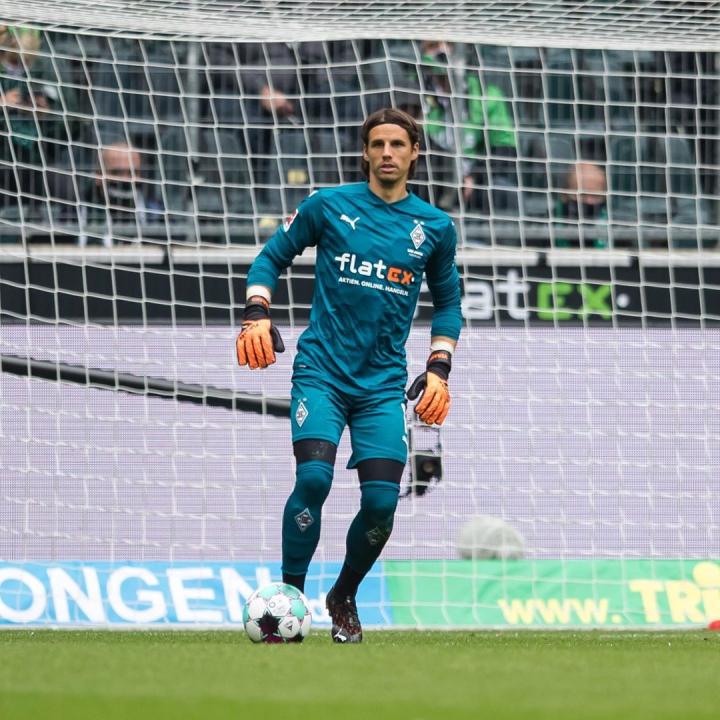 Sommer in good condition is no different from a strong contender for the world's top five goalkeepers. Not tall, he has excellent reflexes and ground speed, and his excellent bounce is enough to make up for his shortcomings in high-altitude ball competition. Sommer completed the most number of saves in the Bundesliga in the 19/20 season. This can explain his ability to save. Of course, it also reflects the team's poor defensive level. If you want to make a difference in the new season, Sommer himself The former Elvidi and Gentle must show more robust performance. 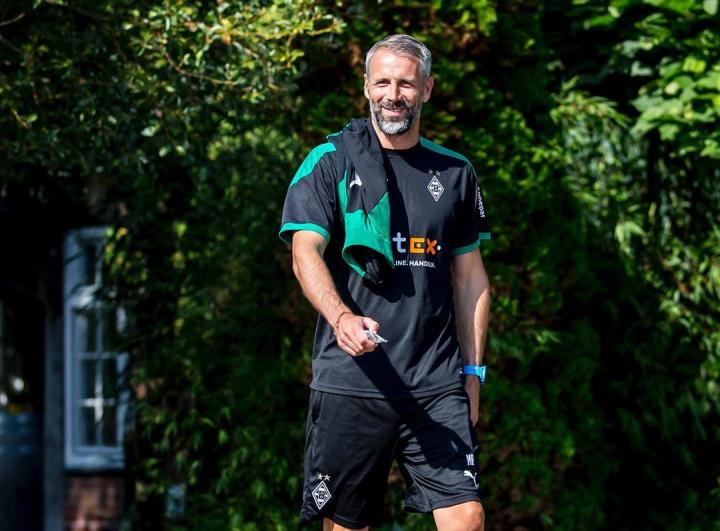 Rose took over the team in the 19/20 season, and the answers in the first season can be said to make the fans very satisfied. This handsome German marshal will also undergo a more severe test of multi-line combat in the new season. And this season is no different from the touchstone of this young coach, and it is also Rose's best chance to prove his ability to the world. As far as the two rounds of the league are concerned, there are still many problems with Rose's team. Whether this ship can go further depends on the man at the helm. 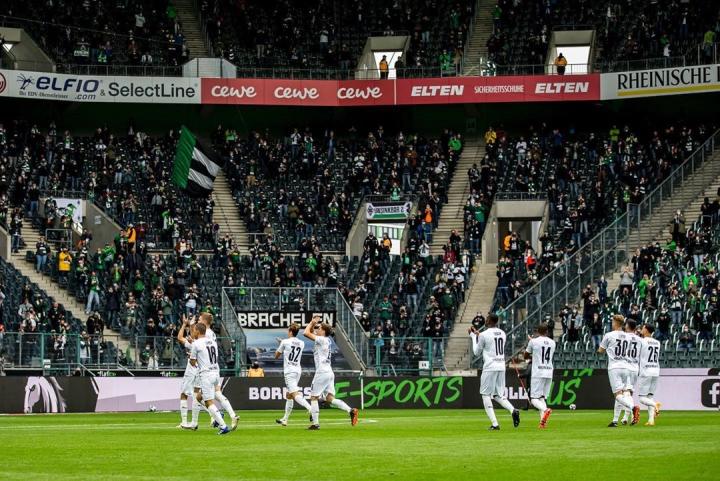 Finally, let me talk about my own expectations for the new season. In the new season, I estimate that the team will still focus on the league's performance. After all, the team's bench depth is limited, and there is still some gap in its own strength compared with other giants in the Champions League. . So if this season can qualify for the Champions League like last season, it is also satisfactory. What the team needs now is stable and excellent results to get more funds and attract more stars. I believe that the senior management is still ambitious, and also left a group of wealthy prey such as Gentel and Zakaria this year. In general, the foals of the new season are worth looking forward to, but everyone should not hope too much. I believe that the team will be able to rejuvenate under the leadership of Rose.

Pony charge! The Champions League sister is waiting for us!

Disclaimer: This article only represents personal views, for reference only, and entertainment