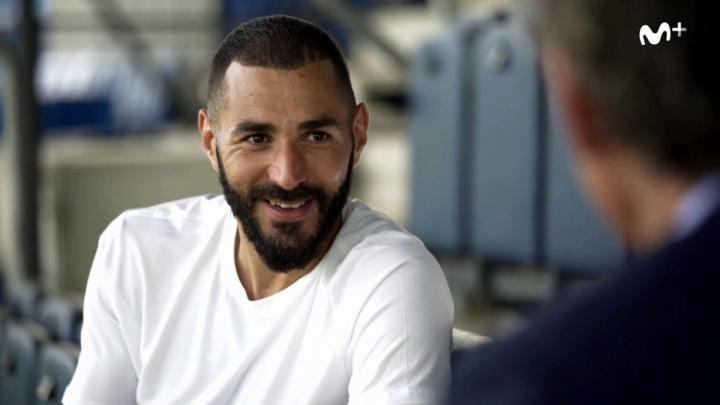 There are more than before. I have been in Madrid for a long time, but for me, the most important thing is to play, interviews and the like are not that important.

In my hometown, I lived an ordinary life like everyone else. I played football with many children on the street. That was the place where I first came into contact with football. It was where I studied because there were so many people and only one ball.

I have 9 brothers and sisters, 4 brothers, and 5 sisters. My parents taught us to always respect others. If you meet old people, regardless of gender, you should shut up and listen to each other. My life has not changed much from before. I am still Karim. When I have time to go to France, I will go back. My two brothers wanted to be football players, but they didn't want to suffer the sacrifices that came with it. I also played football with my mother. I asked her to put the ball on the side of the goal and shoot, but she didn't like it very much, but stayed with me. She always supports me. My father is the opposite. It is not that he opposes me because he wants to hurt me, but that he has high demands on me because he wants me to do my best. He always wanted me to score goals. For him, football means scoring goals, but now I can talk to him about the sport because he understands my work on the pitch. 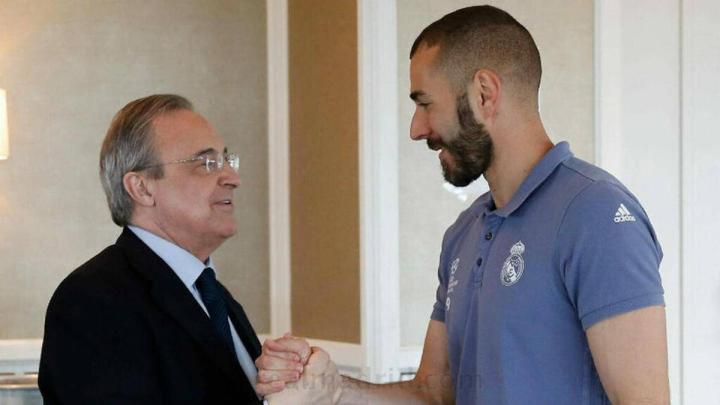 I was only 8 years old...At that age, I had already started playing football, training three or four days a week. Until I was 14 or 15 years old, I didn't want to become a professional player, but at that time, a coach gave me a lot of motivation. He gave me confidence and made me grow. He kept saying to me, "You have talent, but you should also run", so I slowly learned. Since then, I have taken a leap and entered the top league at the age of 17. I think everyone has talent, some are more, some are less, but the difference is sacrifice. In Lyon, I am very focused, sometimes I am a substitute, sometimes I miss the big list, but I have been working hard.

The sport has changed a lot. People think that a striker should score goals. It is true, okay, but if one day does not score... this is the problem. It's better to do more and have more ability. I see Ronaldo playing football, he not only scores goals, he does everything. He is my idol, and so is Zidane. If I scored a goal but didn’t touch the ball in 90 minutes...I wouldn’t say that it’s useless, but I like to be satisfied with my performance when I go home. I hope to show more. It's difficult, but I will convince everyone bit by bit.

What is number 9? What is number 10? please tell me. I think I am a more comprehensive player, I like fast pace, touch the ball, move... Over time, I changed, people began to understand that I am a modern forward, I can participate in offense and do other things.

When I was with my friends, my family said to me: "You have to come here, Florentino is here." I greeted him, we talked, and he asked me if I had the right to decide on signing, I said of course . In Lyon, I was still stunned, not mentally prepared to play for Real Madrid. I came here, the situation is very complicated, watching the locker room is full of the best players. I came here at a very young age, didn't really know the club, thinking I should play, but life is not like that. If you don't feel good off the court, it will be difficult for you to play well on the court. It is really difficult to be alone in Madrid at the age of 20. Lyon and Real Madrid are two worlds.

It took me about two and a half years. I am an introvert and I admit that it is difficult to learn.

We are synchronized, we have the same understanding of football. I sometimes talk to him about things on the court. These things seem basic, but they are not. In the locker room and on the court is the same, he has that natural problem-solving ability.

This is something inside him. I think this kind of leadership is innate. I look more like a captain in the locker room.

I started to pay more attention to my body outside the court, eating, sleeping better, and exercising at home. It is these details that allow you to maintain your best condition and avoid injury. When I have a week to train, I will train to exhaustion, because there is a game on Saturday and I want to be in good shape. Play the game like training.

No, I just changed my mindset. Am i getting old? I am 32 years old and I think I can still run.

After the problem came up, I thought: "I should talk to the national team coach." But I never got an explanation, I think this is the meaning of the above, it's over. The good thing is that I can rest more and stay 100% for Real Madrid. It's not uncomfortable for me to see them winning, I want to be there, but I have won the Champions League...many titles.

I have two children and their appearance is the best thing in my life. With them, I am more peaceful, I watch TV and talk about football. Two of them, one is 3 years old and the other is 6 years old. I think I am a family carer. I train every day and then stay at home to rest.

I have been thinking about what can be improved and how to solve the problem. Some seasons I did not have a good time, but in the end I appeared at those important moments. I thought "You have a game to prove your worth", so I stepped onto the court.

After finishing my professional career, I will continue to engage in football-related work, that's for sure. coach? It's difficult, because it's not just about sending 11 players, you have to explain, standing near the stands... I would love it, but I admit there is too much work.

I don’t know how long I can maintain my state. I will look at it season by season. My contract will reach 2022. Let’s wait and see... Yes,